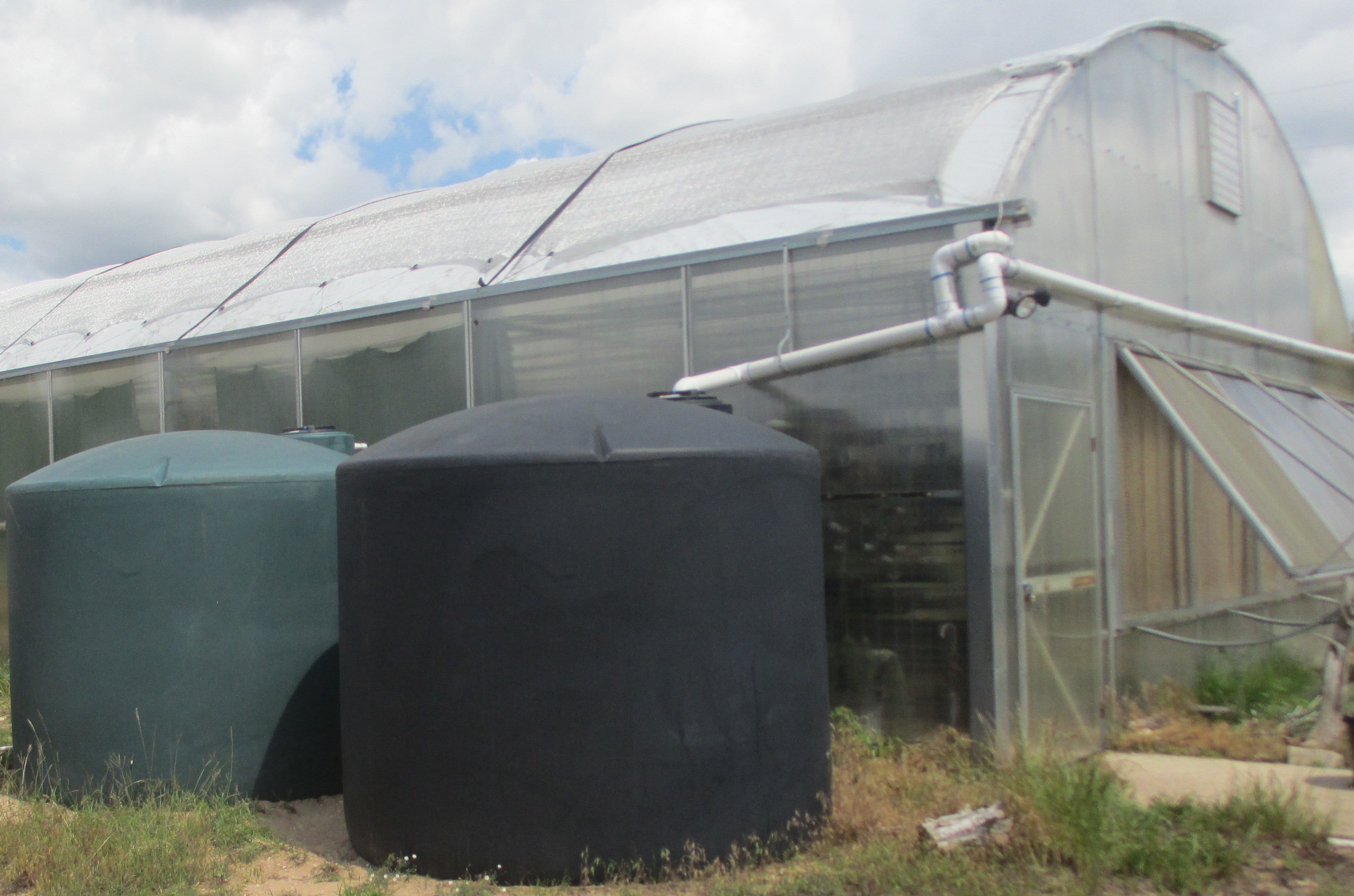 In the late 1700’s, Founding Father Thomas Jefferson had four 3,800 gallon cisterns built at his Monticello home to catch rainwater that flowed off the many roofs and terraces. This water was used for the crops, gardens, and residents of the Charlottesville estate.

My father remembers a time when large commercial orchid nurseries collected tens of thousands of gallons of rainwater using cement containers that resided under the greenhouse benches. The massive glass roofs would channel a heavy downpour into gutters, then into the tanks. This was the heyday of the cut-flower era (1940’s) when some of the best grown orchids of all time were produced. The greater the number of flowers per plant, the higher the profit margin was.

Today, rainwater collection or ‘harvesting’ is popular around the country for many reasons. In areas of drought, an occasional thunderstorm can provide several weeks or even months of hydration for plants. Also, impurities in bored or drilled wells such as calcium or sodium, can render the water unsuitable for agriculture. Rain is essentially free from contaminants and plants love it.
Orchid enthusiasts go to great lengths to fine-tune their hobby and, in many cases, use rain water for their collections. These epiphytes are native to cloud/rainforests around the world so they are well accustomed to nature’s moisture. Though modern hybrids can withstand less-than-optimal conditions, in an ideal world, all orchids would be watered with rain.
The Paphiopedilum or Lady Slipper genus is the most sensitive to water quality. Impurities of any kind can stunt leaf growth or burn tender root tips. Fertilizer must be extremely diluted to be effective. For this type of orchid, rain water is often recommended.

It doesn’t take much rain to fill up a tank. Less than an inch of rain can yield hundreds or even thousands of gallons of water depending on the square footage of the roof. (The actual calculation is one inch of rain = .6 gallons per square foot of roof.) The average yearly rainfall in the Virginia/North Carolina area is around 50 inches.
Even a grower with just a few plants can benefit from rain water. It is common to see homes with small barrels attached to the gutters. Each barrel has a spigot near the base. Once a week, fill up a bucket, and give your orchids what they crave!