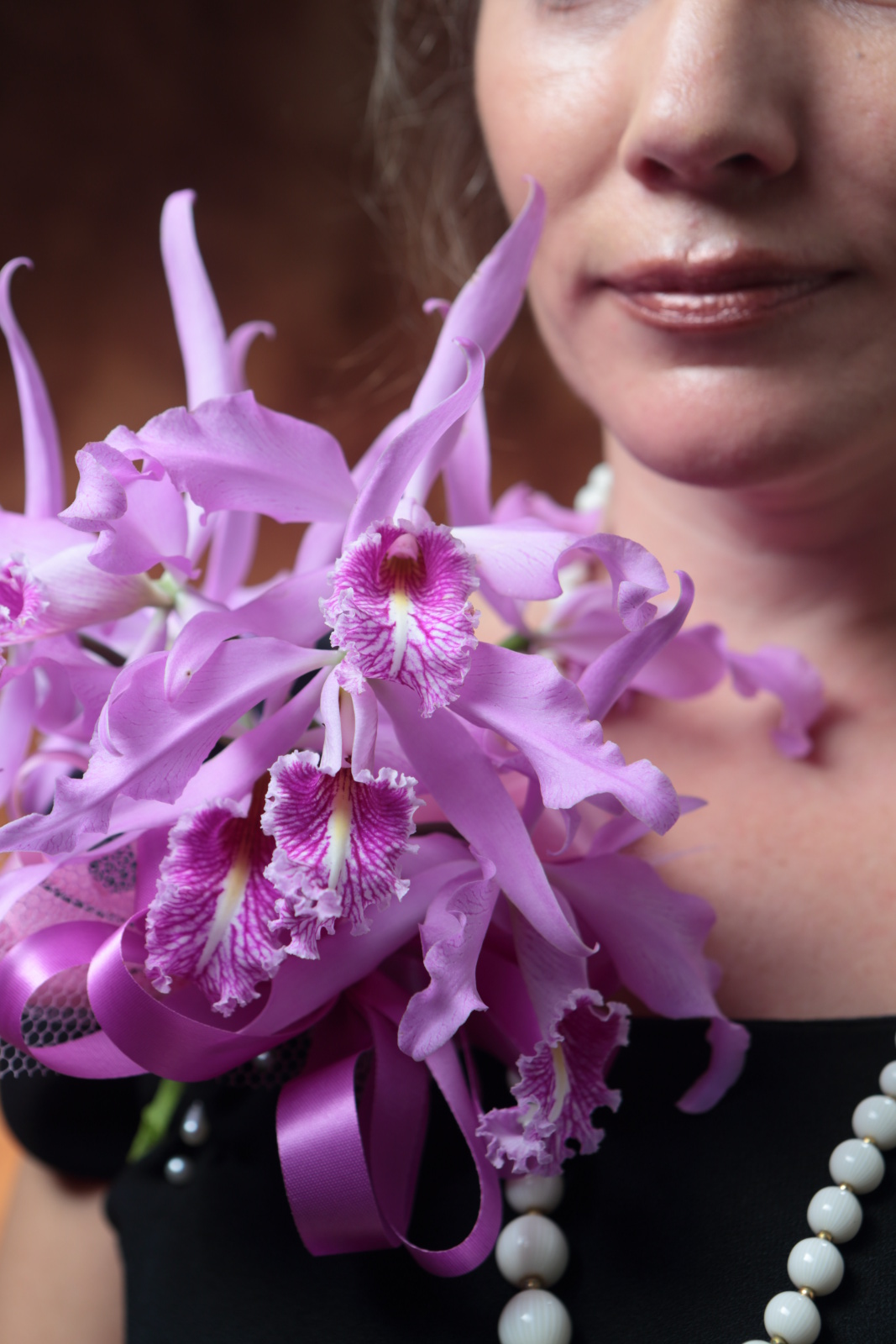 South America is home to tens of thousands of orchid species including every major Cattleya. Both Colombia and Venezuela have Cattleyas as their National Flower. So it was no surprise that Ecuador was considering making a Cattleya its National Flower.

An international orchid show was scheduled in Ecuador late last year. In anticipation of the event, government officials met to decide on a National Flower so that promotional material could be created. The Ministry of Tourism asked several prominent area orchid society members to weigh in on the subject. There are 4,032 classified orchid species found in all provinces and regions in the country.

Cattleya maxima was the odds-on favorite. Extremely popular with hobbyists around the world, this vigorous epiphyte has two distinct versions:

There can be no confusing C maxima with any other Cattleya since each bloom has a distinctive yellow stripe down the center of the lip. The plant is one of the oldest Cattleyas known, and although it was named in 1831, the first botanical specimens were collected in 1777 by Spanish explorers. It was given the name, maxima, due to its large 7” wide flowers.

After lengthy discussion, a verdict was reached. Although C maxima was outstanding in every respect, there were hundreds of other orchids with fine attributes. The selection committee narrowed the field to 204 of the best species (including C maxima) and grouped these flowers in an emblematic spiral as the logo to accompany the new slogan, “Ecuador – Country of Orchids”.

Additional changes would take place. The Ministry of Environment would relax tight control over the import and export of approved orchid plants as well as become more flexible regarding conservation of natural orchid habitats. There would be additional funding for scientific investigation, cultivation, and commercialization of laboratory-produced orchids aimed primarily for the cut-flower business.

With Ecuador scheduled to host the World Orchid Congress in 2017, the time is right for a big marketing push. In the capital city, the Botanic Garden of Quito is building another orchid conservatory and extensive boat rides through the jungles are being designed to thrill orchid-minded tourists. Thousands of visitors are expected to attend which should provide a significant economic impact for the region.